THE RAJ  Re-Examined: a lecture series on British India 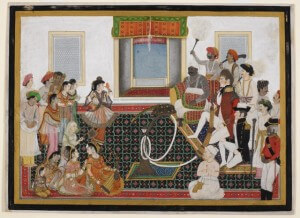 THE RAJ  Re-Examined: a lecture series on British India presented by the British Association for Cemeteries in South Asia in association with the South Asia Centre, London School of Economics.

The British in India: Three Centuries of Ambition and  Experience

British people settled in India shortly after the reign of Elizabeth I and were there well into the reign of Elizabeth II. Who were they and why did they go? What drove these men and women to risk their lives on long voyages down the Atlantic and across the Indian Ocean? And when they got to India, what did they do and how did they live? Were the memsahibs really as E. M. Forster portrayed them? Why did so many Britons ‘stay on’ after 1947? In the opening lecture to the series BACSA member  Sir David  Gilmour, distinguished author of  Curzon,  The Long  Recessional  (a life of Rudyard Kipling),  The Ruling Caste  and  The British in India  (2018), outlines the social history of a long and extraordinary endeavour.

A Frenchman in the service of the East India Company,  Major General Claude  Martin was  not only the richest European of his day but the embodiment of Enlightenment thinking in his philanthropy and passions for scientific discovery, natural history and antiquarianism. His houses in India were filled with classical statues, paintings, cabinets of curiosities and a great library. Rosie Llewellyn-Jones, who is working on a third book on Martin, explores the life and legacy of this remarkable man.  Dr  Rosie Llewellyn-Jones MBE  is RSAA Archivist. Her most recent books are  The Uprising of 1857  and  The Last King in India: Wajid Ali  Shah.

As Empress of India, Queen Victoria was never a token ruler. She intervened in Indian politics; commissioned artists and photographers to record the landscape and people; sent her sons as ambassadors to the sub-continent; and surrounded herself with the trappings of Indian conquest.  In this illustrated lecture, Miles Taylor  discusses the impact India had on the Queen as well as the pivotal role she played in India.  Professor Miles Taylor  has a chair in modern history at the University of York and is the author of  Empress: Queen Victoria and India  (2018).

Mortally wounded in the storming of Delhi in 1857, Brigadier General John Nicholson was one of the great heroes of Victorian Britain. Dubbed the ‘Lion of the Punjab’ by contemporaries, he has more recently been referred to as an ‘imperial psychopath’.  Stuart Flinders, BBC journalist and broadcaster and author of  Cult of a Dark Hero: Nicholson of Delhi  (2018), considers the life and reputation of a man as courageous as he was ruthless who lived a life of adventure on the North West Frontier before his inspirational command at Delhi, decisive battle of the Indian Mutiny.  Attendees whose ancestors served at Delhi are invited to meet at the reception following the lecture. Please email  [email protected]  for further information.

Alex von Tunzelmann‘s book  Indian Summer: The Secret History of the End of an Empire, an account of the events that led up to Independence, and of the clandestine love affair between Edwina Mountbatten and Jawaharlal Nehru, was described by William Dalrymple as ‘Unquestionably the best book I have ever read on the Independence and Partition of India and Pakistan, and pretty close to a flat-out masterpiece’. Alex will consider the interplay of personalities and politics in the events leading up to Britain’s exit from India. Alex von Tunzelmann is a historian, screenwriter and commentator. Her works include  Red Heat, Blood and Sand  and  Churchill  (screenplay).

In this lecture Scotland’s most distinguished historian  Sir Tom Devine  considers  the role of Scots in India in administration, the military and trade with special reference to the period from the late seventeenth to the early nineteenth centuries. Among the themes examined are the scale of Scottish ‘colonisation’ of the East India Company, the reasons for this and the impact of the India connection on Scotland itself. Sir Tom is Professor Emeritus in History at the University of Edinburgh. His books include  To the Ends of the Earth: Scotland’s Global Diaspora,  The Scottish Nation 1700–2000  and  Scotland’s Empire.